What Is A Mystical Experience?

Read the parable below to hear otherworldly examples of higher communication called a mystical experience. Taken from the Urantia book, this metaphor describes some of the conversations Jesus had along his path. 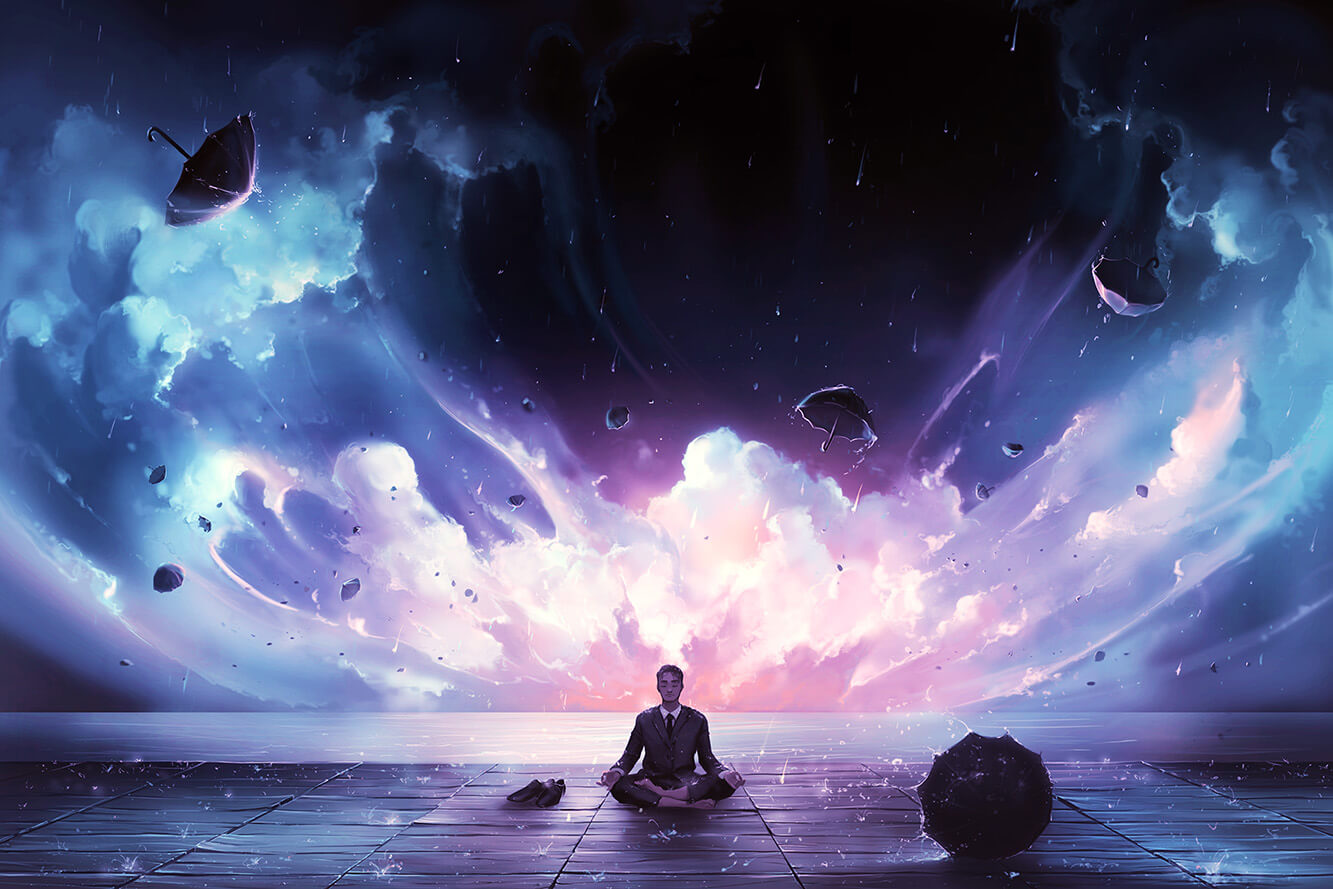 When the three had been fast asleep for about half an hour, they were suddenly awakened by a near-by crackling sound, and much to their amazement and consternation, on looking about them, they beheld Jesus in intimate converse with two brilliant beings clothed in the habiliments of the light of the celestial world. And Jesus' face and form shone with the luminosity of a heavenly light. These three conversed in a strange language. The beings with Jesus were Gabriel and the Father Melchizedek.
The three apostles were so badly frightened that they were slow in collecting their wits, but Peter, who was first to recover himself, said, as the dazzling vision faded from before them and they observed Jesus standing alone: "Jesus, Master, it is good to have been here. We rejoice to see this glory. We are loath to go back down to the inglorious world. If you are willing, let us abide here, and we will erect three tents, one for you, one for each of your guests.”
While Peter was yet speaking, a silvery cloud drew near and overshadowed the four of them. The apostles now became greatly frightened, and as they fell down on their faces to worship, they heard a voice, the same that had spoken on the occasion of Jesus' baptism, say: "This is my beloved Son; give heed to him." And when the cloud vanished, again was Jesus alone with the three, and he reached down and touched them, saying: "Arise and be not afraid; you shall see greater things than this." But the apostles were truly afraid; they were a silent and thoughtful trio as they made ready to descend the mountain shortly before midnight.

Coming down from the mountain

For about half the distance down the mountain not a word was spoken. Jesus then began the conversation by remarking: "Make certain that you tell no man, not even your brethren, what you have seen and heard on this mountain until the Son of Man has risen from the dead."
The three apostles were shocked and bewildered by the Master's words, "until the Son of Man has risen from the dead." They had so recently reaffirmed their faith in him as the Deliverer, the Son of God, and they had just beheld him transfigured in glory before their very eyes, and now he began to talk about "rising from the dead"!
Jesus wanted silence about their observation of the 2 light beings because he did not want to fulfill everyone’s erroneous concepts of a wonder-working deliverer. His Kingdom was an Inner Kingdom that was available to everyone and there was no need to foster idolatry or specialness. His final demonstration was to prove that the body is nothing.

For new parables of Jesus' life check out the Urantia Parables here.
What are Mystical Experiences? For more info about the Meaning and Experience behind these words, attend this or one of the following "Awakening From The Dream Retreats."

Must Let Our Emotions Up