Letting Go Of Attachment in Relationships

Letting Go of Attachment in Relationships

Question: In particular, what would you say to me about how I should think of my granddaughter and what kind of relationship I should have with her? This question is coming from a place of me having a desire for letting go of attachment in our relationship and to feel more of an unconditional love.

Answer: Well, we’ve heard the idea that love is inclusive instead of exclusive. Inclusive love would be holy or agape love. It’s unconditional and with exclusive ‘love’ there is an attempt to exclude or make special. Let’s just look at the ‘exclude’ part. When we have a configuration; We’ll call it "family": your wife, sons and granddaughter. That’s part of the self concept as well as the whole environment that surrounds you; The planet, sun, moon, stars and everything. And we’re being told that self concept is tiny and small, and that love itself is vast. So, if the tininess has an exclusiveness in it, such as, "These are the people that I cherish. They’re in my daily life. They’re the ones that I get to hug and kiss and interact and talk on the phone with. Then, there is this 'other' group of the seven billion that I’m actually kind of indifferent about. I watch them on the news occasionally. There may be some movie stars that I like. I like that movie that he’s in, and I like what she’s doing and that book that they just wrote. So, most of the seven billion I feel indifferent with." Then, there’s a heightened sense of caring with a small, tiny group. And there are some others, maybe it’s Denzel Washington or somebody else that you really like. They’re kind of out there. They’re not quite in the small group. You’d like to rub elbows occasionally, if possible.

So, there are all these categories and degrees. I would say that when you open up to the Holy Spirit’s purpose, then, it’s more about including all the rest in. 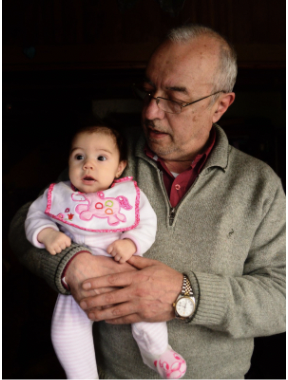 That is why in one sense we have to loosen our mind from the form. For example, I was a loner and then later in my life I had a few friends. I could probably count them all on one hand. You could say that was probably my special configuration. Then, I kind of went through this thing of asking myself, ‘How do I change this?’ The same thing you’re asking, and it is [a matter of giving] the deck of cards of all the relationships over to the Holy Spirit and saying, ‘You deal [the deck of cards.]’ Wow, that dealing has brought us together! Because, I was so open to going wherever the [Holy Spirit’s] dealing [of the deck of cards] led me; to Northern California, and we had some [experiences] there and some [experiences] here. And it’s kept growing because I was just open to including in the rest of the seven billion [people on the planet] and it’s even taken me to China. Not that everybody needs to travel but, it’s for the purpose of opening up to be used with someone who’s walking by you on the street. There’s no casual encounters. There are no chance meetings. There are no accidents, and to start to really feel your heart expand with this really huge love so that you can safely let it flow through you and include the rest in. So, the thing to do with your granddaughter is that you don’t want to take anything away [from that relationship]. There is a heart-opening [that happens in that relationship.] There is [a feeling of heart bursting open] like, ‘The love of my life. The light of my life.’ You want to include the rest in with that feeling. And as you’re willing to just say to the Holy Spirit, ‘Use me and open up my mind and expand my perception.’  That’s how the circle seems to grow bigger and bigger. It’s really all just a state of mind. It’s not really about the form of it all. That’s just kind of a metaphor I’m using but, it’s really about how you feel. It’s about that huge, expansive love. Does that make sense?

Questioner: Yes, it does. I think letting go of attachment in this relationship will be smoother going forward, and I'm looking forward to experiencing unconditional love with her instead. 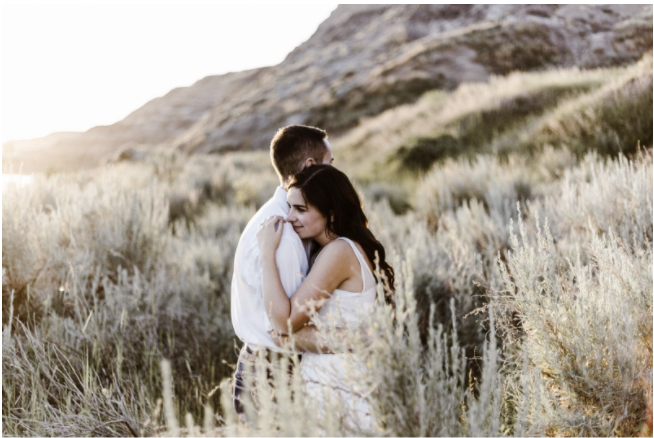 Read more Q&A with David Hoffmeister around the topic of letting go of attachment and many others on the Living Miracles Q&A directory.

Modern-day mystic, author, and a living demonstration of A Course in Miracles.

A Heart in Gratitude

Movie Watching as a Spiritual Practice

What Is Justice in Reference to Heaven?

What Is the Meaning of Life?