Equality Beyond Sexual Orientation in Spirituality

Equality Beyond Sexual Orientation in Spirituality

"How absurd it is to think that you have to be a certain way in the world?! When your mind is free of concepts, you see that you are always the true Self and all of your actions spring from this experience."

Kai Jaya recently moved to La Casa de Milagros in Chapala, Mexico. Here, members live and collaborate with like-minded people who want to share in the purpose of forgiveness and healing in mind, through the deep non-dual teachings of A Course in Miracles and David Hoffmeister. La Casa has been a devotional and retreat center for the community, Living Miracles, formed around David Hoffmeister. La Casa has recently become a co-living space for others to come for monthly stays, to deepen in their purpose and to connect closely with the LM community. This is where Kai's heart was strongly pulling him towards.

In order to make this turn in life, Kai felt guided to give away all his possessions; his car, his house, and yes, even his cat. His prayer was for the deepest healing in heart and mind to occur—a prayer of forgiving the past to surf the waves of the Loving Light—One's Innate Being. 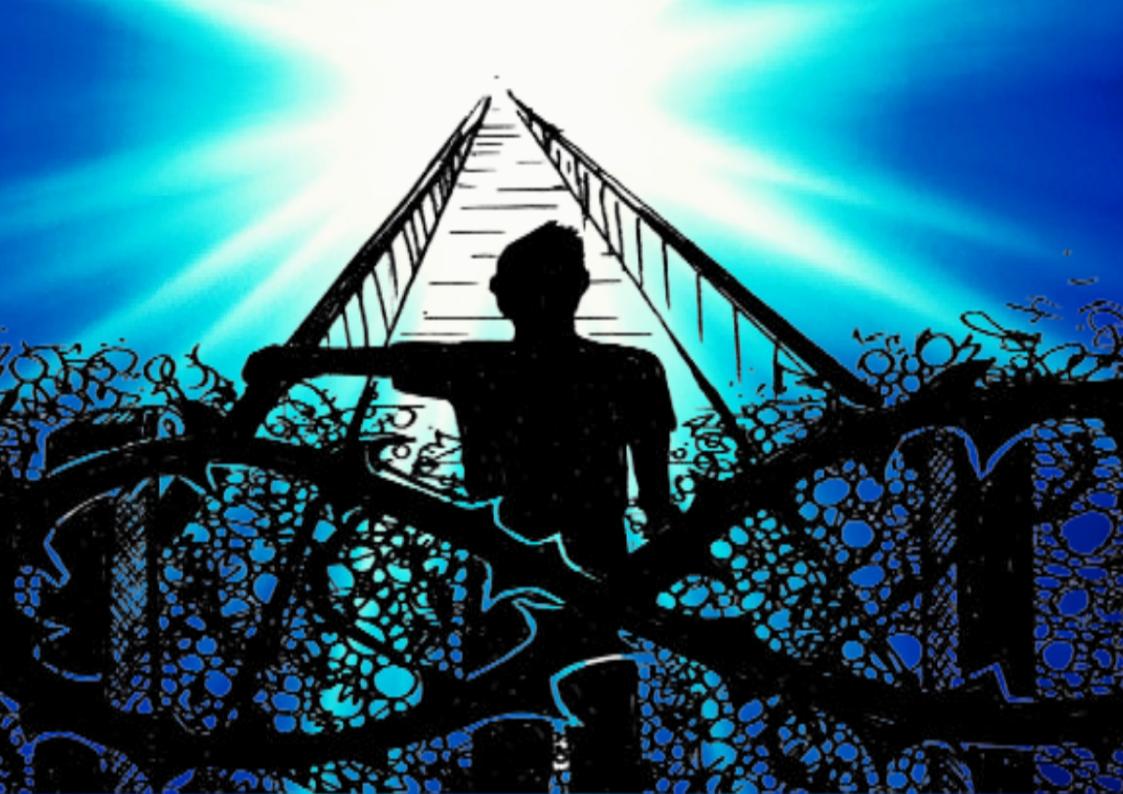 An article by Kay Jaya

Unwinding from The Belief in Sexual Orientation

One of the biggest fears my "self-concept” had about moving into Co-Living was that I would be the only gay person here. I imagined it would feel isolating and lonely among a group of heterosexual people whom I’d never met, and another symbol for me to use to feel separate and different. I imagined it would drive me crazy, make me feel depressed, and that I would use that as an excuse to leave. The Holy Spirit had other plans. Although I was correct about being the “only gay person” at La Casa, instead it became a bridge for my co-livers to use to walk toward me, to join and connect.

As I began to shyly reveal myself, my companions shined Love in a way that didn’t feel different, judgmental, or special, but unified with aspects of their own lives. One person revealed to me that they had a trans son whom they loved and honored deeply. Others told me that they had been bi-sexual. Another revealed that she had to hide her gay son from her conservative ex-husband who wanted to kill him because he believed homosexuality was a “sin.”  Still another brother told me he was relieved and happy to find out I was gay because he had been projecting a story onto me that I would steal his girlfriend. The overwhelming feeling I had in this regard was a deep sweetness and welcome. And that it didn’t actually matter to anyone that I was gay at all.  Beyond all that, I feel a deep sense of being seen, witnessed, and appreciated by my co-livers that I had never experienced before. Not even in my former “independent” life where I could surround myself with gay friends.

To be lovingly witnessed by people whom I might have previously considered “others who are unlike me”  was a deep strengthening of forgiveness towards a group that I distrusted. No one was my enemy. No one stood apart from me in judgment or dislike or disapproval. Those ideas were only in my own mind, and I could no longer hold on to them in the presence of such love.

One night we all went to dinner together at a nearby restaurant, and after a great meal, we sat around the large table sharing deeply personal expressions about ourselves, each other, and our experiences. There was such bright transparency it was almost blinding. We were in Love with each other and unafraid to express it. There was so much love and acceptance toward me I felt a blushing embarrassment. We shared our first impressions of each other, our jealousies, and our worst fears. There was a lot of laughter in our revelations. It was healing and strengthening, a joy to behold. Afterward, I realized that I had never had that experience before. It felt like a sweet embrace by equality beyond labels, being specifically witnessed as a “gay man” by a group of “heterosexuals” in such an open and transparent way.

I believe it washed away centuries of feelings of fear and oppression from our shared mind.

Today I feel happy and in love with my co-living community.  So grateful for their loving and gentle gaze upon me, their brother. Simply one of them. Not more, not less, not different, not special, not good, not bad, just the same. Equal in Love, Equal in God. 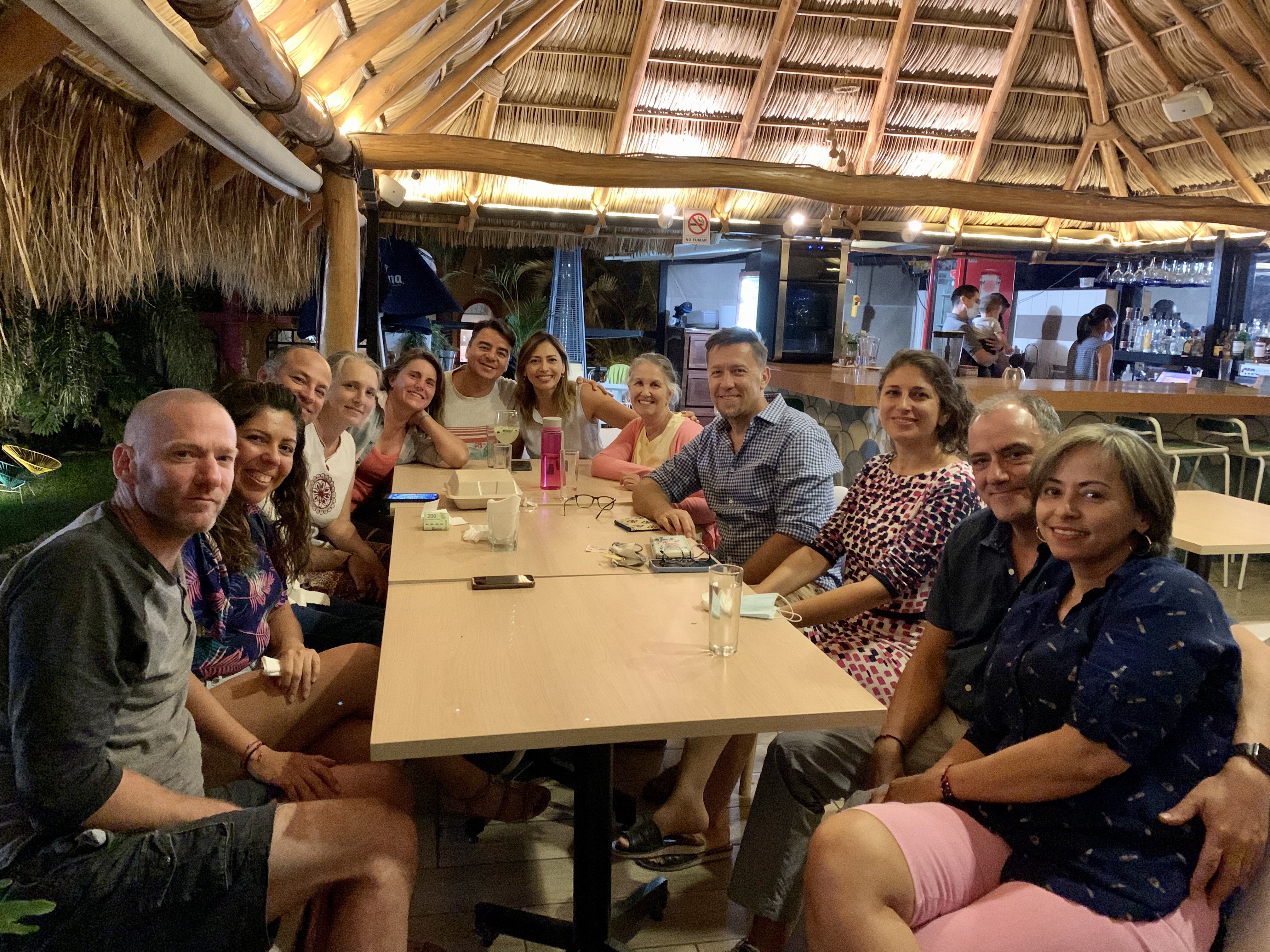 Thank you for reading and feel free to reach out to me in the comments.

All my love,
Kai

To go deeper with me into the topic of equality beyond labels listen to this short video with David Hoffmeister, Opening Up to A Life of Non-Judgment.

Find out more about co-living at La Casa de Milagros!

A student of the Course for many years, Kai Jaya recently gave away all his possessions with a Prayer of No Return to the past. Currently, he is surfing the waves of the Loving Light.

Wow Beautiful Kai! Thanks for sharing this. It is a very healing story. 🙏

School for A Course in Miracles

A Course in Miracles Community

A Course in Miracles Community "Yet when he is ready to go on, he goes with mighty companions beside him....

A Course in Miracles Audio

A Course in Miracles Online Group | Meet Up with ACIM Friends